Port Discovery is currently open on Saturdays and Sundays. We are operating at less than 25% capacity and have made a variety of other updates to provide you with a safe, fun experience. Plan Your Visit and Purchase Tickets Today!

John Shmerler on The Campaign for Port Discovery Children's Museum 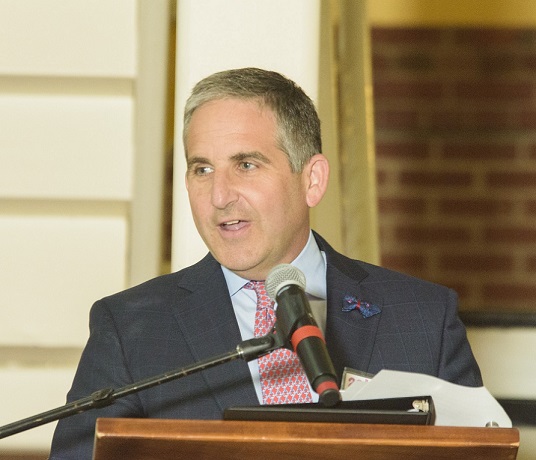 John Shmerler is the owner of Radcliffe Jewelers, has been married for 26 years to his wife Laura, and is father to three young adult children. He recently chaired the fiscal year 2017 annual campaign for The Associated, and is now serving as a co-chair of Port Discovery’s Playing Today, Leading Tomorrow capital campaign, along with Port Discovery’s founding chairman Doug Becker.

On May 10th at our Play It Forward annual event, John announced plans for Port Discovery’s first major capital campaign since opening in 1998. We had three questions for John about his involvement with the campaign.

Q: What's the most important thing that you think people should know about Port Discovery?

A: For people who were part of the original campaign, they should understand that they've had a really good return on their investment. Twenty years later, they should be really proud of what their investment has turned into: a nationally recognized children's museum with great programming.

Q: Are there any moments over the last sixteen years you’ve lived in greater Baltimore that have defined your passion or thinking about the community?

Q: Why is this moment in Port Discovery's history so important?

A: This is a campaign about making sure that the Children's Museum is part of the permanent cultural landscape in Baltimore. We've long been committed that this is the right place for the Museum, and now we have the responsibility to make it relevant for the next generation.

Posted in: Exhibits Guest Post In the Community Learning through Play News & Events